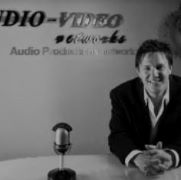 His productions have been broadcast in over 40 countries. Ron has performed live and produced recordings with several artists, including Paula Abdul and Jordin Sparks, American Idol sensation. 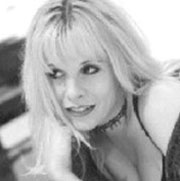 Sue has sung at major corporate events for Qantas, Ford and Saab. Sue scored a top ten dance hit and was described by Australia’s leading television music critic (Molly Meldrum) as “One of the most powerful and amazing voices I have ever heard. An awesome unsigned talent”. 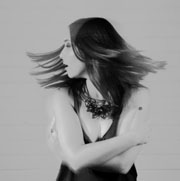 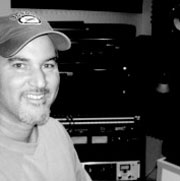 A graduate of Berklee, Ken has been performing in venues in New York, Boston, Los Angeles and Las Vegas since the age of 16. With his production company he has written and created jingles for McDonalds, Intel and MGM, as well as recorded sessions with Christina Aguilera, Gladys Knight, Faith Hill & Celine Dion. Ken has truly worked with some of the biggest names in business. 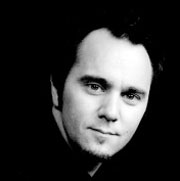 Rod Davies middle name is “versatile”. He has a voice that can melt ice-cream one minute and cut glass the next. Apart from Rod’s 10 years working in advertising, Rod has recorded and toured with global pop icon Olivia Newton-John. He’s the voice on Australia’s highest rating TV show, “Dancing with the Stars” and in 2006 he sang the National Anthem at the Closing Ceremony of the Commonwealth Games to a worldwide audience of 2.5 billion! Definitely one of Melbourne’s most in demand studio vocalist. 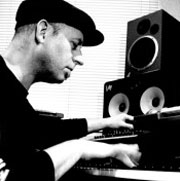 John is a songwriter, arranger, musical director for live acts, and composer of advertising music, Since becoming a session musician in the 80s, he has been part of literally hundreds of jingles, featuring brands such as Fosters, Ford, Toyota, Hungry Jacks, etc. etc. His work for Jingle House reflects his varied tastes in music – it’s not unusual to find him working on orchestral music and funk on the same day, and that’s just the way he likes it! 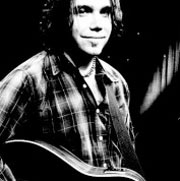 Richard Perez – aka “The Chameleon” – is in-demand both as a session singer and live performer. Rich’s uncanny ability to “get into character” as a famous singer (including John Fogerty, Bob Seger, Axl Rose, Paul Rodgers and other rock greats) keeps him busy with producers and recording sessions. Rich has toured the world and has shared the stage with numerous artists, including P!nk. As a performer, he blends his fiery Latin roots with blue eyed American rock, to produce a sound that is his own. As P!nk herself said on Twitter: “Rich Perez is an insanely great singer!” 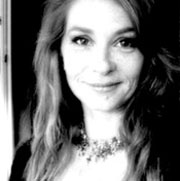 Hailed by Prince as “an artist like myself” P.J. Becker has performed on just about every live national television show from Good Morning Australia to Hey! Hey! It’s Saturday

P.J. performed with the John Farnham band and toured extensively as Tina Arena’s primary vocalist on the ‘In Deep Live’ National Tour. PJ Becker has a unique vocal style that cuts through a crowded commercial break like few others can! 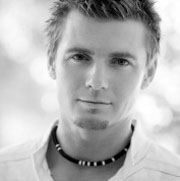 An acoustic performer, and lead singer/bass guitarist of ‘Adam 12″, Melbourne’s most successful cover band, Kristin is an accomplished and sought after performer. Kristin also appears regularly on television and film, including roles on Underbelly and Neighbours. A mercurial and accomplished session singer, whose voice is much sought after on radio and TV. 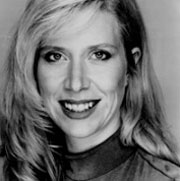 Deb has sung on jingles for everyone from America’s Walmart, Coors, Pepsi, to Ford, Weight Watchers and The Dairy Association. Don’t be fooled by the “Nashville” tag, Deb is probably better known for her incredible R & B vocals, but there really isn’t a style she can’t do justice to. 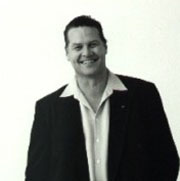 Close your eyes in a Bob Valentine vocal session and you’d swear it was Frank Sinatra standing behind that mic. Bob is a showman like no other. He’s worked all the big TV shows, played all the big corporate and sports events, from Toyota, Ford, BMW and Porsche to the Melbourne Cup and Australian Football Grand Final.

Bob Valentine had the privilege of supporting Whitney Houston, Rod Stewart, the five sold out Stevie Wonder shows and the legendary Jerry Lewis on both Aussie visits. He’s also worked with Little River Band, Men at Work and Hugh Jackman. But above all else, there really is no other voice quite like Bob Valentine. 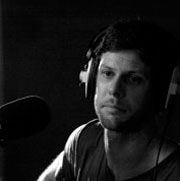 UK based musician and writer Scott Winstanley is an accomplished singer/musician. After picking up his first guitar at the age of 6, he quickly honed his vocal skills, creating a sound that is part Sting, part James Blunt, part Chad Kroeger and everything in between. To date he has featured on over 200 advertising campaigns across the world for clients such as Vodafone, ITV, Sky and UK’s national Radio 1. 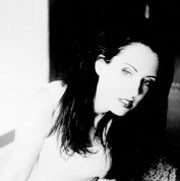 After attending Berklee College of Music in Boston, Robert formed the funk/rock group “The Glert” gaining a massive following through college radio in the US, and playing with acts like Reel Big Fish, George Thorogood and Linda Perry. Roberta has also been busy in the studio singing on hundreds of commercials McDonald’s, Cold Stone Creamery, City Bus and Intel to name but a few. 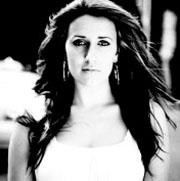 Tarryn uses her world-class vocal ability on the international version of Channel 7’s Home & Awaytheme; as well as on Guy Sebastian’s album Like It Like That, where she features in the duet “Magic”. Tarryn has also recently performed as a live backing vocalist for artists including Jessica Mauboy, Paulini, Nathan Cavaleri and Israel Houghton. 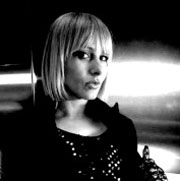 A passionate and independent artist, Nicole Shenko is a charismatic performer and artist. A regular on the Melbourne music circuit, including many standing ovations at St Kilda’s famous Espy Hotel, Nicole has also done numerous live stints right around Australia and overseas. She made a lasting impression in Taiwan in August 2004, performing exclusively for the launch of CHANEL’s Autumn/Winter collection, and is the “go-to girl”for anything that needs a super current flavour, including radio ID jingles for radio stations around the world! 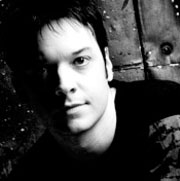 Mike Previti was born and raised in Boston Massachusetts. As a singer/songwriter, Mike has recorded professionally and toured throughout the US for the last 10 years. In 2008, Mike recorded “Lights” which was produced by Anthony Resta; known for his work with Collective Soul, Elton John and Shawn Mullins. Mike’s songs have been heard on MTV’s shows “The Real World” as well as “Road Rules Challenge”. In 2010, Mike became part of the Jingle House roster, and has recorded jingles for companies both in Australia and in the US. 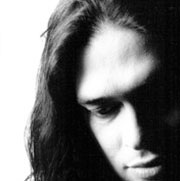 Baruch Friedland is an acclaimed multi-talented Israeli lyricist, composer, singer, narrator, producer, manager & music publisher. Since 1986 released over 150 songs (most of them singles), performed by various famous Israeli singers, including 7 albums, a rock opera, three plays, radio & television commercials, scores for TV & radio shows, sketches and more. He is even known to be one of the top Radio and TV commercials singers in Israel, including tracks for Coca-Cola, Visa and Nescafe. 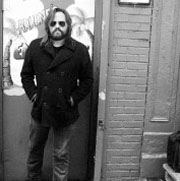 A regular acoustic performer at Melbourne’s iconic venue “The Espy”, Rusty has the experience of an old pro. His band, Electric Mary, has shared a stage with the likes of Alice Cooper, Motorhead and Kiss – they’ve even toured the US with Whitesnake! Rusty’s edgy rock sound keeps clients requesting him again and again. 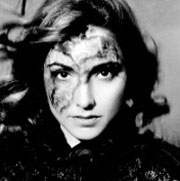 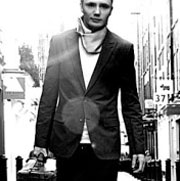 Chris Madin in one of the busiest and most in demand session singers in UK & Europe! He features on some of the UK’s highest profile television shows such as Strictly Come Dancing (lead singer) & X Factor!He has also received a Galaxy FM record of the week for a single he recorded with 50 Cent, and recorded/performed backing vocals for Leona Lewis, Jason Donovan, Tony Hadley, Connie Fisher, Alisha Dixon and many more. His vocals can also be heard on thousands of the highest profile radio & television commercials, video games and movie sound tracks world wide! 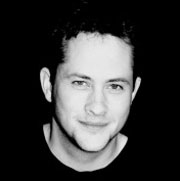 As a prolific composer, Matt’s music has been showcased around the World; within shows like: Master Chef, Australian Idol, Next Top Model, The Oprah Winfrey Show, Big Brother… and under commercials for – Saab, Pringles & Virgin. Matt takes current music to a whole new level. 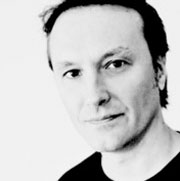 Doug Robertson listened to way too much radio in the 70s and 80s and learned to sing by pretending to be everyone he heard.

The result? An ability sing in many styles; from an edgy rock vocal to a sweet pop harmony. These days Doug is still pretending to be as famous as those who inspired him all those years ago, using his mad harmonising skills to sing about products and services with unsurpassed skill. 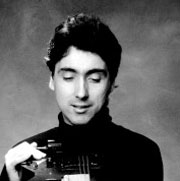 Ivan’s guitar playing and sophisticated compositional works are used by some of the world’s biggest production companies, and heard daily worldwide on TV and radio. His music ranges from grandiose orchestral Hollywood-type scoring to catchy jingles for TV and radio. His versatility in writing music in any style keeps him in demand as a composer.