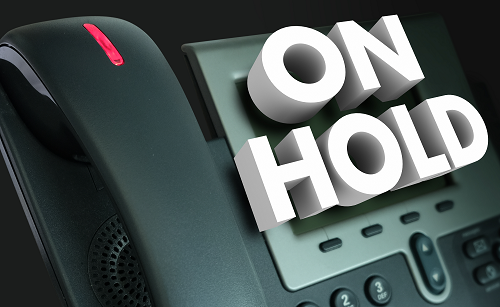 Currently, the telecommunications sector is hugely competitive. The newer players are constantly bringing more efficient and cost-effective technologies to the market place while the older players look to protect their markets and revenue streams.

Australia has a population of only 25 million (5/8ths the size of California) and only 2.2 million registered businesses of which about a third need to have a phone system that can place people on hold. This is why the Telco market in Australia is so competitive and especially at a time when the technology needed is going through major changes.

With the advent of internet-based telephony and the lack of equipment required on-site, these revenue models are under threat from literally hundreds of start-up IP telephony providers who are taking advantage of this forced change from old to new telephone technology. Telcos are also changing the way they present their services to their clients. Historically clients have needed large upfront install costs and ongoing per-call payments (CapEx models) to get their phone systems in place. Now, companies are being offered cash flow costing models (OpEx) which means low or no install costs, lower rates per month, often per handset and often with unlimited national calls included.

These new Telco’s are pushing this technology change to their existing and new clients and the traditional On Hold Messages providers are all in danger of losing a valuable client at that time. Telephone systems have always needed On Hold Messages, welcome greetings, and after-hours messages and always will. It’s not that the business is lost, it’s just that the traditional supplier is not understanding how to adjust their service to match the new phone services for which the Telcos are competing.

New and agile Telecommunications providers who understand the new technologies of VoIP and Hosted Voice are finding new business easy to acquire because the cost of providing the service over the internet is so much less than that previously provided over the copper network. Sometimes this can be as much as half or a third of the existing billing – a considerable monthly saving that business managers are naturally taking advantage of.

This means that the older Telecommunications providers, who have had large revenue streams from the old model are under threat from the new technologies being provided by these new IP-based Telcos.